Eyeglasses – Then & Now: A History of Sight Correction

Your new eyewear helps you see the world clearly – and with so many attractive frames to choose from, they are also a fashion accessory that helps you look great. Wise Eyes Optical carries designer frames from the world’s foremost brands to help you stay on top of all the current trends. Let’s take a trip back through time to see how we got to where we are today!

It All Started in Italy – Handcrafted Eyeglasses, Friar-made

If you had lived before the 13th century, unfortunately you would have been left to squint and do your best with whatever vision issues you faced, because eyeglasses as we know them today were not invented and available in any form until ~1290 C.E. Although there is some evidence that some men of high esteem peered through gemstones in an attempt to grasp a clearer vision of the world in ancient Greece and Rome (and a few ancient scripts mention various use of personal optics, magnifying lenses, sunglasses, and snow goggles) it was not until Friar Alessandro della Spina of Pisa began handcrafting eyeglasses at the turn of the 13th century, upon request, that vision correction became an option for those in Italy with the wherewithal to afford them.

Relief For Near and Farsightedness, Presbyopia – and Finally…Astigmatism!

By 1352, evidence of wealthy, literate church and religious figures, such as Cardinal Hugh of Saint-Cher, wearing corrective lenses could be found. From the 13th through the 19th century, eyeglasses to correct farsightedness, nearsightedness, and presbyopia became increasingly common and more readily available; however, the world would have to wait until Benjamin Franklin came along to invent bifocal lenses in the late 1700s. Those affected with astigmatism were not able to find relief until 1825, when British astronomer George Airy designed the first lenses for the condition.

Unfortunately, it took quite awhile for the modern design of eyeglasses to take on their current comfortable and easy-to-wear over-the-ear design. Until the early 19th Century, various handheld and loosely attached styles were fashionable. While many of these designs were quite attractive (including gilt scissors-style and pince-nez styles), they were not practical for active usage.

Prior to the early 20th Century, it was generally assumed that eyeglass wearers were highly pious members of the clergy, as up to that period, most eyeglass wearers had been of the religious or scientific professions – as only these classes of individuals were typically so highly literate as to require such precision vision (or able to fashion their own eyewear). As we moved through the 20th and into the 21st Century, the “nerdy” stereotype quickly fell away, as many stylish, popular, and cool cultural icons such as John Lennon, Elton John, Ryan Gosling, Will.I.Am, Selena Gomez, Justin Timberlake, Emma Watson, Brad Pitt, and others took to wearing fashionable eyewear over the years for both vision correction as well as a fashion accessory; however, the stereotype that eyeglass wearers are “smart” continues on. We can live with that.

Ready to find the perfect eyeglasses or contacts? Contact Wise Eyes Optical, where affordable vision correction for all is a reality!

Get a complete set of eyeglasses for 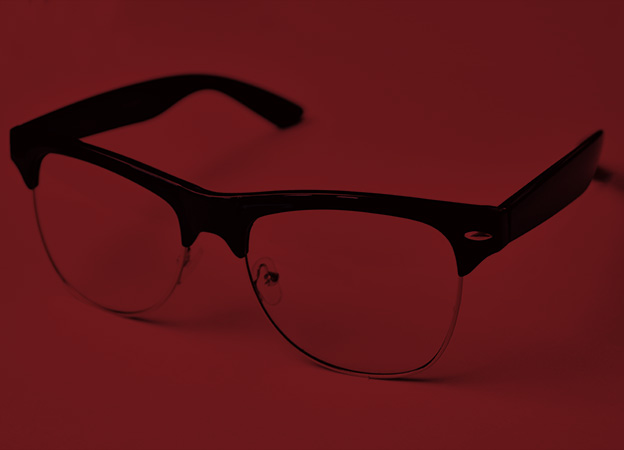